So you’ve read a few articles on productivity by now. You’ve purchased a few apps, automated your workflow and generally made strides into creating a good system for yourself.

But, something still isn’t right.

You’re still struggling to be as productive as you know you could be, despite the technology you’ve put in place. What happened? Are you using the wrong things?

The chances are, if you’ve done your research and chosen some quality, well-rated tools then no, it’s probably not the apps. Sometimes you can read articles and assemble an arsenal of tools, but they won’t help if there are other, underlying problems.

Here’s what else might be the problem with your productivity.

You don’t know where to begin

You know when you have so much you could be doing that you really have no idea where to start? The naturally organized types seem to be able to jump right in, but others flail and burn daylight trying to figure out a starting point.

This part of a speech by Microsoft’s Scott Hanselman at SXSW a couple of years ago plays a big role in why we end up this way:

“Somehow we’ve become convinced that we can learn all the stuff,” said Hanselman at a panel discussion Monday as part of the 2013 SXSW Interactive Festival in Austin, Tx. But the drive to improve productivity by consuming ever more information only leads to confusion, disorganization and a sort of frenzied idleness, he argued. “I have a supercomputer with a quad-core processor in my back pocket, and I use it to show people cat pictures and argue with strangers on the internet.”

Frenzied idleness. That’s a great description. People wear “busyness” like a badge of honor, but what are they actually busy with? (And we all know how many are arguing with strangers online!). 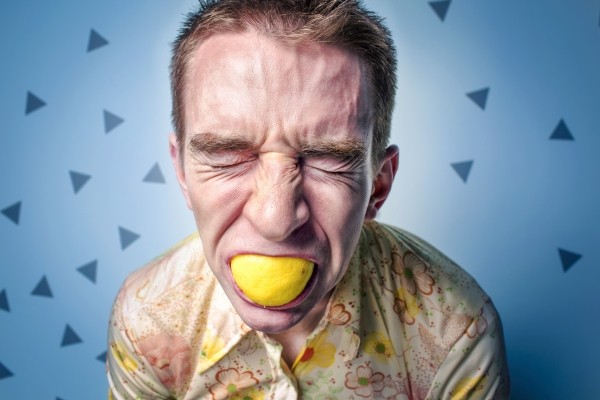 It’s easy to find yourself in a kind of information overload that impedes your ability to get started and be productive with your work. It also can create too much of a division of your attention so that you’re less likely to do good work.

Hanselman went on to describe the difference between excellence and efficiency:

“This is why you don’t see Usain Bolt texting,” said Hanselman. “He is trying to sprint. If he were trying to multitask, he’d probably be slowed down.” Effectiveness, said Hanselman, is doing the right things, and efficiency is doing things right.”

Aha. So for effectiveness, we should be starting by prioritizing our work and ensuring that important things get done first. The problem with using a standard to-do list (especially if you’re a procrastinator) is that you now have options about what to choose to work on next. Insanely productive Georgetown professor Cal Newport (who almost always finishes his day by 5.30 and doesn’t work weekends), favors scheduling instead.

“Scheduling forces you to confront the reality of how much time you actually have and how long things will take. Now that you look at the whole picture you're able to get something productive out of every free hour you have in your workday. You not only squeeze more work in but you're able to put work into places where you can do it best.”

Cool, but what to schedule? Going back to Scott Hanselman’s presentation, he recommends that you focus on the things that really matter by writing down three outcomes for the day. These should be the three things that, if done, will make you feel awesome about having achieved them.

As Ellen said, “procrastinate now, don’t put it off!” If only that could work as a neat little reverse psychology trick to help you procrastinate over the procrastinating and get on with your work instead.

Procrastination is where you’re actively avoiding work, usually to avoid unpleasant feelings. In a work context, that could be because of a number of possible negative experiences such as boredom, frustration or even things like having to deal with an unpleasant person when you do the work.

Any of these things could mean that you’re really in the wrong job or need to rethink the clients and projects you take on, but it is also a very common part of any job. Most people who are in jobs that they otherwise love will tell you that there’s at least one thing they don’t enjoy.

One way around this is to create a reward for yourself, even if it’s a kind of “do the right thing for the wrong reasons” deal. So for that client who you really don’t want to deal with, plan something you enjoy as your reward immediately after, even if it’s as simple as having a good coffee (you might need it!).

For some people, they may not be procrastinators who actively avoid work, it may just be that they are not motivated.

The reasons for this can be multiple and certainly not clear-cut, but a good example can be when there is some kind of external stressor on your mind. This can end up taking up so much of your mental energy, you don’t have much left to motivate yourself for work.

There isn’t really any one solution for this, in fact you might need to try a few different methods. The key is to at least be able to start with one task at a time, so that you’re still achieving something (this could work with your “three outcomes” plan as discussed earlier).

You might try rewards or you might even try some of the apps out there that help you to gamify productivity. These types of solutions tend to be good when the source of your lack of motivation is external. Internal motivation is a different story.

In a TED Talk, Dan Pink talked about motivation and how internal motivation requires three factors: autonomy, mastery and purpose. If you struggle to get motivated internally, then one of these is probably out of whack. You need to figure out which one and why. For example, if you’re working a job where you’re micromanaged, perhaps autonomy is the problem and maybe that role is not for you.

Ok, how many times have you sat down with good intentions for getting work done, only to find yourself still on Facebook an hour later? Sometimes it’s not really procrastination, it’s more a lack of discipline.

As Jim Rohn said; “discipline is the bridge between goals and accomplishment.” Of course, if you’re not good with discipline, you’ll end up with a bigger bridge to cross!

Scheduling is a great way to help you maintain discipline, as is setting a timer for doing only work until you allow yourself a break. The Pomodoro Technique works like this with timing for work and quick breaks.

If you struggle with keeping your hands off social media, then definitely utilize apps such as Rescue Time, which will help you by blocking them. This means turn your phone off too or put it away where it’s not so easy to grab and start browsing.

Sometimes, even when you have read all of the productivity articles and got yourself a good set of apps, it’s still not enough to keep you productive.

Examine whether there might be other things going on, such as lack of motivation or discipline, procrastination or being overwhelmed about where to start with your tasks. Try some of these techniques to keep yourself on the straight and narrow. You won’t win all the time, but we quite like the idea that you might just still achieve three important things each day.