So here we are, it’s that time where many of us reflect on what we’ve achieved over the year and where we’d like to see ourselves over the next.

How did your year go? Would you like to be more productive next year?

It’s easy to fall into a trap, particularly around the New Year, of resolving to get more done or achieve those things you’ve always wanted to, only to find that things drift off-track despite your best intentions.

You don’t want to be the latest to have your productivity goals go down in a flaming heap, so what can you do to stay on track and nail the next year?

Don’t Be Too Hard on Yourself…

The third Friday in January is often known as “fail Friday” because that’s the day that most people have succumbed to temptation or lapsed in willpower when it comes to those traditional “resolutions” often made at New Year’s.

Why do people break these goals so quickly? One reason that has scientific backing is that those goals are often too extreme to be realistic for the person setting it. We vow to go from sitting on the couch and eating chips to a daily trip to the gym with a shot of kale.

Author Jeff Wilsor took this on in a Telegraph article. The danger with superfoods (or “super” anything that will supposedly make you healthier or more productive) is that we tend to pin our hopes on them and imbue them with magical powers, thinking we can then coast through other areas of our lives. We wonder why we don’t get the results we hoped for, then we give up by Fail Friday.

Don’t be too hard on yourself if this sounds like you. The secret is to step away from the idea of major overhauls and celebrate small steps toward bigger wins. If you need to cut back on alcohol consumption for example, rather than trying to do without cold-turkey, start with one alcohol-free day per week.

The Science of Goal-Setting

What does this have to do with your productivity for next year (besides the fact that excessive alcohol OR kale consumption can impact your bodily functions and ability to work)? While we know goal-setting to be a marker for those who are successful and productive, there are right and wrong ways to ensure you set goals effectively.

James Clear wrote a piece for Buffer in which he explained the “layers of behavior change.” At the very center of any behavioral change or aim to build better habits lies your identity. Often your actions are based upon the type of person whom you believe you are, therefore changing those beliefs can make it easier to achieve your goals.

“The reason why it’s so hard to stick to new habits is that we often try to achieve a performance or appearance–based goal without changing our identity. Most of the time we try to achieve results before proving to ourselves that we have the identity of the type of person we want to become. It should be the other way around.” 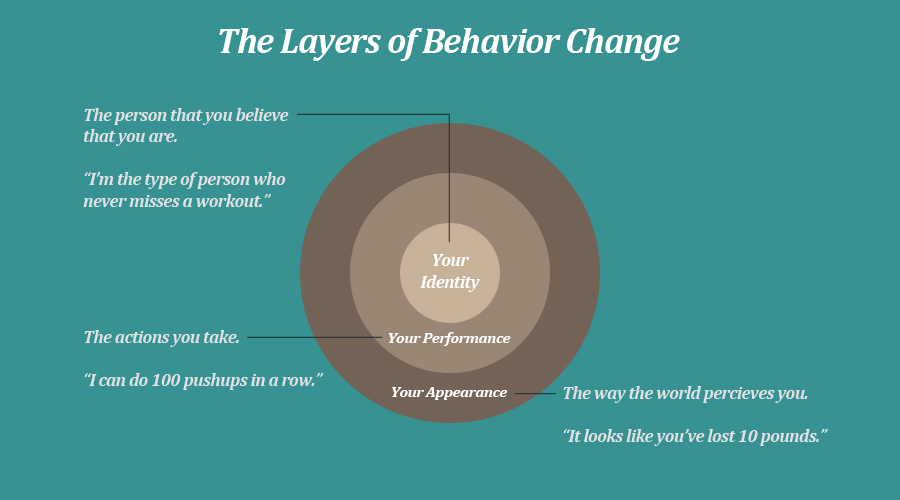 Starting with your internal beliefs about yourself is a proven way to chart a better course toward achieving your goals. As James Clear says, first decide on the type of person you want to be, then prove it to yourself with small wins.

As an example, you might want to be better organized. The identity you become may be “the type of person who plans.” A small win might be that you begin your week by creating a plan for each day, leading to any goals you need to accomplish.

You know what often separates top performers from the rest? An ability to get on with the work that needs to be done, even if they’re not feeling particularly motivated by it. It’s relatively easy to keep working if you’re feeling passionate about something or your motivation is stoked, but that is never the case all the time, even if you are doing work you generally enjoy.

How you identify yourself can provide that fuel or that extra spark you need to keep driving toward those goals. It means that your emotions don’t need to be the determinant of your actions. James Clear states: “You can’t rely on being motivated. You have to become the type of person you want to be, and that starts with proving your new identity to yourself.”

Small steps - maybe begin with one kale shot per week. ;)

Most of us aim to be productive, but what should that look like in terms of the goals you set? Productivity itself is a function of efficiency (doing the least amount of “work” or taking the least amount of time to achieve maximum results) and effectiveness (generally, spending more time on the tasks that actually pay your bills and less on incidentals, such as emails).

When you look to identify what your productivity-related goals should be for the coming year, first assess the year that has just been based on efficiency and effectiveness. To assist, try asking yourself a few questions, such as:

Through this process, create a definition of what productivity really looks like for you, this way you have a good starting point for putting some goals in place that put you on track for more of the tasks that matter the most. 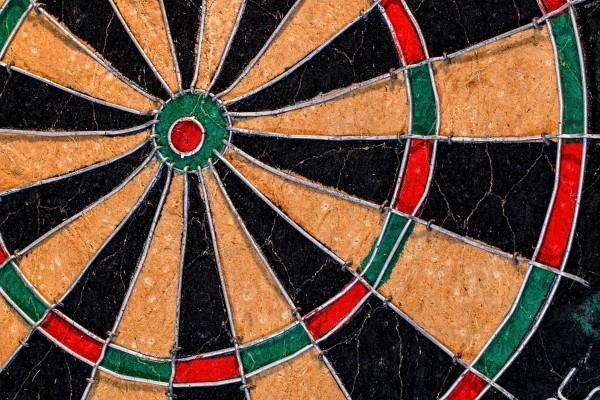 You’ve probably heard this one before, but it’s worth a revisit because it’s surprising how many people still don’t follow an effective methodology for ensuring their goal-setting is made to succeed.

Now, you might have some fairly audacious goals, but this is where you should be reminded of what we discussed earlier about breaking things down into smaller steps. A big goal seems much less monstrous when you’ve broken down the smaller steps to getting there.

As an example, you might have a very specific goal about making 20% more money by December 31 than you did in the previous year. This can meet SMART criteria, but is only the end-result of a bigger story. What smaller things do you need to have in place to get yourself there?

You might have identified that you waste a lot of time going between your various tools just “managing” things, time that could be spent working on a new project. You then start to break down how you can use that time more efficiently. Perhaps if you put in place some workflow automation with a tool, such as Rindle, you’ll take back some of that time.

You don’t have to be a genius to have a successful, productive year, but having a few clues as to what gives you the wherewithal to achieve it will help.

Know that any behavioral changes are more successful if they begin with your personal identity and beliefs about yourself. If you want to make a change, be purposeful in how you identify yourself.

Know what defines productivity for you and what makes you the most efficient and effective. These are where you can start to make meaningful changes. Set SMART goals and make sure you break down any large ones into pathways of smaller achievements.

Wishing you your best year yet!