We’re all waging a constant battle against distractions.

Your mobile phone is buzzing with notifications, you’re being pinged by something on your laptop and, hang on, what’s that going on outside?

If productivity is a goal of yours, you probably wonder how some people seem to pull it off so well, achieving much higher levels than others, despite having the same distractions to deal with.

In his recently published book, Georgetown University Professor, Cal Newport discusses “deep work”, an ability to focus without distraction on tasks that may be cognitively demanding. How would you like to master complicated information quickly, then produce better results in less time?

Professor Newport argues that learning how to do “deep work” is one of the most valuable skills we can all learn if we want to achieve optimum productivity, so let’s take a look at deep work and how you can use it:

What is “deep work?”

“Deep work” is a way of achieving a high level of productivity, while helping practitioners get better at what they do. Professor Newport doesn’t argue that “distraction is bad”, but rather flips that to celebrate the opposite of distraction.

Deep work allows you to produce creatively and achieve things of value. It cannot be outsourced or delegated. As he points out though, it’s a skill that is becoming increasingly rare.

We are spending copious amounts of time on emails and being distracted by our phones, and Newport argues that these distractions are knocking back our ability to focus on activities that are really of cognitive worth. It’s like being an athlete who smokes, so can’t reach full potential. We often can’t get away from the technology because connectedness is an integral part of our jobs, but we can get better at managing how we deal with these technological distractions.

“Deep work will make you better at what you do and provide the sense of true fulfillment that comes from craftsmanship. In short, deep work is like a super power in our increasingly competitive twenty-first century economy.”

Sounds pretty promising, so how does it work in practice? The main gist is to work as hard as your brain is capable of doing for extended periods of time, without any distractions. Being able to get into “deep work” mode should produce better results because you’re not fragmenting attention across multiple activities, which is what we tend to do when distracted by email or social media.

There’s a concept which Professor Newport mentions in his book which is worth looking into; that of “attention residue.” This actually comes from a 2009 paper by University of Minnesota professor, Sophie Leroy, entitled Why Is It So Hard to Do My Work?

Professor Leroy notes that in many jobs today, we’re managing multiple projects or tasks at the same time and often have to switch between them throughout our workdays:

“Going from one meeting to the next, starting to work on one project and soon after having to transition to another is just part of life in organizations.”

The problem with this is that we can’t just flip a switch to give full focus to the task that we’ve just transitioned to. Some “residue” of your attention is still stuck with that first task, creating an inefficiency going into the second. This is especially true if Task A remains unfinished - there’s still a part of you mulling over what needs to be done to get that task finished, whether you’re conscious of it or not.

Bring this back to our tendency to check emails or social media, and you can see that any thoughts of “I’ll just quickly check my inbox” can actually have a lasting impact on your focus of the task at hand. Let’s say there are two or three emails that you’re going to have to formulate a response to later on - now part of your attention is still on this and you’re not wholly engaged in your current task.

Obviously, deep work is no easy thing to accomplish, especially if you’re used to working with distractions, but Professor Newport has described it as something that you need to train yourself for, much like how an athlete trains their body. You need to treat your attention with respect and train your brain to focus. 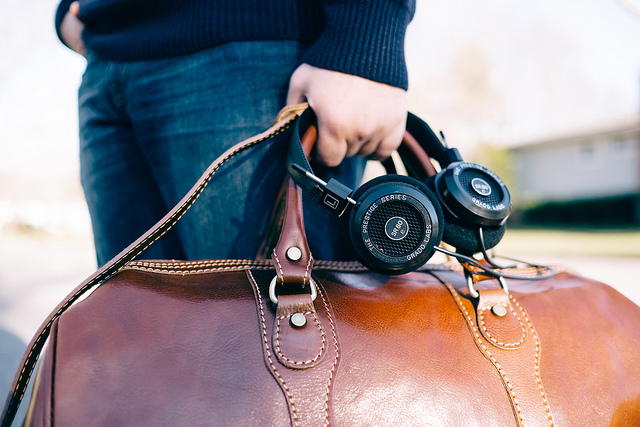 In his book, Professor Newport presents a number of concrete strategies for helping to cut out the distractions that impact our daily schedules. It’s about developing good habits and training your brain over time.

For example, you can:

This idea is not new; in fact, it’s commonly used. How well are you managing your calendar? Many of us are guilty of thinking we’ll “just slot in 30 minutes here” but this kind of time frame is not necessarily giving you the opportunity to achieve the focus that is needed to achieve a task.

Professor Newport recommends that wherever you have a cognitively demanding task, you block out no less than 90 minutes. Not only should you block it out, but you should treat it as sacred and not allow anything else to encroach on that time.

To give a great example, he interviews Wharton Professor, Adam Grant, the youngest tenured professor of the school and a man with a reputation for being highly productive. In fact, output is one of the reasons he achieved tenure so young.

One of the secrets to Professor Grant’s work rate is how he manages his calendar. The very design is a case for deep work. For starters, he manages to “batch” activities into groups throughout the academic year. He might do all of his teaching in the fall semester leaving spring and summer free for research. This allows him to focus long periods of time on cognitively demanding tasks without distraction (including working with his “out of office” autoreply on, while colleagues can see him in his office). How he structures his calendar plays a big role in his ability to focus and be productive.

Blocking time is a start, but “deep work” efforts need to be trained; otherwise, you might be staring at a blank page without unlocking your creative skills. It’s a bit like any kind of sport - you don’t become a star player just by making the time for practice.

These could be passive or active training activities. “Productive meditation” is one that Professor Grant recommends for active training. This involves holding a problem in your mind and disciplining yourself to keep focus on it, even when your mind wanders.

For passive training, he recommends that even when you’re not trying to get into “deep work”, you embrace boredom. This means that instead of following your cycle of checking social media and flicking through your phone because you can’t tolerate boredom, you embrace the moment and be present. This helps you later on to avoid those distractions.

With training over time, your capacity for deep work increases.

Find your own style

A mistake that Professor Newport speaks of is seeing how others use deep work and trying to shoehorn that into your own life.

One approach you might see is on the extreme “monastic” end where everything in their life is about deep work and zero distractions are allowed. A professional artist might pull this off, but someone with clients can’t.

A bimodal approach is common, where the person can go through periods of some deep work followed by the “distracted” periods. Typically, the deep work periods would be at least one day long.

Another possibility is a rhythmic approach, where periods of deep work are scheduled for whatever time of day suits you best.

The point is there is no one right way, it’s going to depend on what you do for a living and how your day is structured.

Deep work is becoming something of a rarity in our connected world, yet is a skill that can give people an edge productively and creativity-wise.

It’s a way of putting deep focus into challenging cognitive tasks and developing confidence and competence. You need to train your ability, including allowing yourself, to embrace boredom so that your brain doesn’t always seek the distractions around us.

Embracing deep work can allow you to produce more, very high-value work, something that is difficult, yet fulfilling. This can also have the benefit of making you a somewhat rare and desirable commodity.