“There is no doubt that creativity is the most important human resource of all. Without creativity, there would be no progress, and we would be forever repeating the same patterns.” — Edward de Bono

Have you ever heard someone say “I’m just not creative”? And, if you have ever felt that way, you may have a creative block going on.

There are many myths that float around when it comes to creativity; “oh, I’m just not at all right-brained” or “some people are just born with it.” Maybe they’re born with it, maybe it’s… their creative habits.

What separates the Chaucer’s from those who can barely write a birthday card? Is there any truth to being “born with it?” Let’s explore a wee bit of science and some of the habits that highly creative people follow.

The Science of Creativity

Is creativity something that some are inherently born with while others aren’t? Is there any weight to the saying, “doesn’t have a creative bone in his body?”

Let’s look at what the scientists are saying:

You’ve probably heard previously the idea that people can be either left- or right-brained, with those who are right-brained attributed with higher levels of creativity. This is another reason why people often believe that left-handed humans are the most creative.

This was “conventional wisdom” for years; however, more recent scientific studies have overturned this idea, stating that it is far too simplistic. Scientific American reported that creativity does not involve a single region of the brain.

“Instead, the entire creative process– from preparation to incubation to illumination to verification-- consists of many interacting cognitive processes (both conscious and unconscious) and emotions. Depending on the stage of the creative process, and what you’re actually attempting to create, different brain regions are recruited to handle the task.” 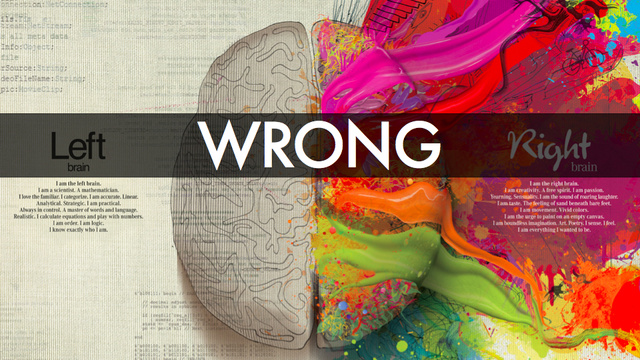 The author mentions, however, that there is a grain of truth to the right brain vs. left brain argument as some functions are processed exclusively in one or the other. For example, language processing in the left hemisphere or spatial recognition in the right.

Are some people born more creative than others?

Sort of. There is research from Cornell University that investigates whether genetics have a role to play in creativity. And, in short, they do. Researchers found that creative individuals often have a specific genetic characteristic, which assists them creatively, that is they tend to have smaller corpus callosum, the fibres that connect the two hemispheres of the brain. It is thought that this characteristic allows both hemispheres of the brain to develop ideas more fully.

Does that mean that others can’t be creative?

No. Here’s what they say:

“This new wave of research suggests that genetics play a large role in shaping a person’s creative ability. Of course, this is only part of the story, as how these “creative genes” are expressed and the environment in which we grow up, or the nurture aspect, also help shape creativity.”

Everyone is creative as a child, like Pablo Picasso once said: “Every child is an artist; the problem is how to remain an artist once we grow up.” Children tend to explore, ask questions, maintain curiosity and not be afraid to be wrong. We tend to put more inhibitions in place as we grow up, but this doesn’t mean we can’t develop habits to embrace creativity.

Creative people tend to be continuous learners. They look for new experiences and new perspectives in their world. In fact, a drive to explore may be one of the most consistent personality traits in highly creative individuals.

Another part of the creative learning process is focusing on deep conceptual understanding within specific fields. It’s one of the things that marks an expert from an amateur, but deep learning obviously exposes the person to more knowledge. More knowledge leaves them open to more creative possibilities or connections to be made.

The key takeaways? Learn your field incredibly well, beyond the kind of superficial, rote-learning you may have encountered when needing to take a test at school. Look for new learning experiences whenever you can and adopt this mindset as part of a creative process.

Remember when you were a kid and you could play made-up games for hours? Often the rules changed on the spot or what you were doing was more of a “stream of consciousness” rather than any kind of set pattern.

As adults, cultivating that sense of play is still important and can be a huge part of the creative process. One thing this allows you to do is to put any problems you have on the back-burner, or “incubate” them as your mind focuses on something else. It is often in these times that the brain will quietly work away on your problem in the background, or the play will trigger a possible new solution.

Researcher Keith Sawyer gave an interview with Jeff Goins recently where he talked about the myth that creativity comes from a solitary genius. As he says, it doesn’t matter where you live, anyone can be creative but having access to others plays a big role.

It could be difficult for a “mountain man” to be creative because they’re not regularly interacting with others and getting new perspectives. While solitude is still often a necessary part of a creative person’s process, that doesn’t mean that the whole thing involves solitude.

It’s in our times of solitude that we’re often able to reflect and find new connections or meanings, but we probably learned the components while interacting with others or trying new things.

A common myth is that creativity involves the “big flash of insight”, whereas, as Keith Sawyer points out, there is a consistent process of deliberate creativity. Anyone can be creative if they follow a good process. All of the habits we talk about here could be contributors to a creative process.

Were you the kid who always asked a lot of questions? Most do and that’s a key part of learning. The thing highly creative people do well is that they ask the right kinds of questions and spend time really formulating what their problem is all about.

One thing that people can find surprising is that highly creative people don’t tend to start out batting around a ton of ideas that their “creative genius” has given them. One of the keys to developing a robust creative process is to have a clearly defined problem to solve, so it’s worth spending time on this and identifying any different components!

#6. Be aware of surroundings

Part of creativity is noticing. If you’re rushing about your day from a commute, to work, to cooking dinner, there’s a good chance you’re simply too engrossed to really be paying attention.

The reason that an artist may be attributed as “seeing things that others don’t” is simply because they are looking for them. If you take the time to notice and allow your mind to wander, you could be the next creative with this phrase bestowed upon them. 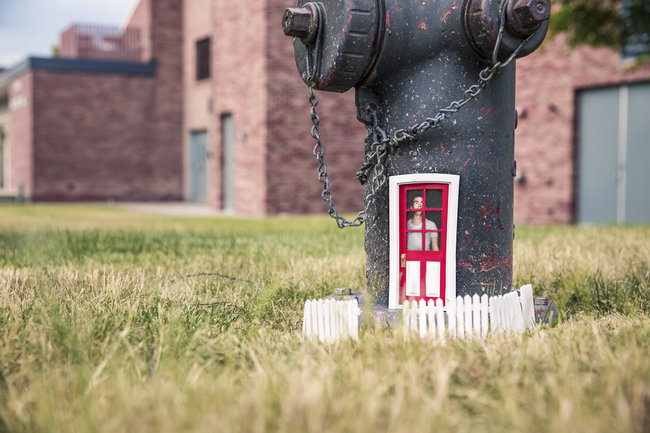 #7. Generate a lot of ideas

If you’ve defined a problem or problems and spent time learning or noticing, you’re now in a much better position to generate ideas.

Creative people are often considered to have divergent thinking patterns, which allow them to generate lots of possibilities and even fuse different ideas to create combinations that are less expected. You can practice this kind of thing with mind-mapping exercises. The University of Washington also suggests you try keeping a journal, brainstorming or freewriting as exercises to encourage divergent thinking.

If you’ve ever found yourself creatively blocked or thinking that someone else is better creatively because they were “born with it”, the good news is that creativity is available to everyone.

While some people have more of a tendency toward creativity with genetic factors at play, everyone has the capacity to be creative if they nurture the right habits.

Be open to learning and new experiences, learn to play, seek out others, formulate problems well, notice your surroundings and practice generating lots of ideas. This way you exercise your brain in the right ways to develop a healthy creative process.